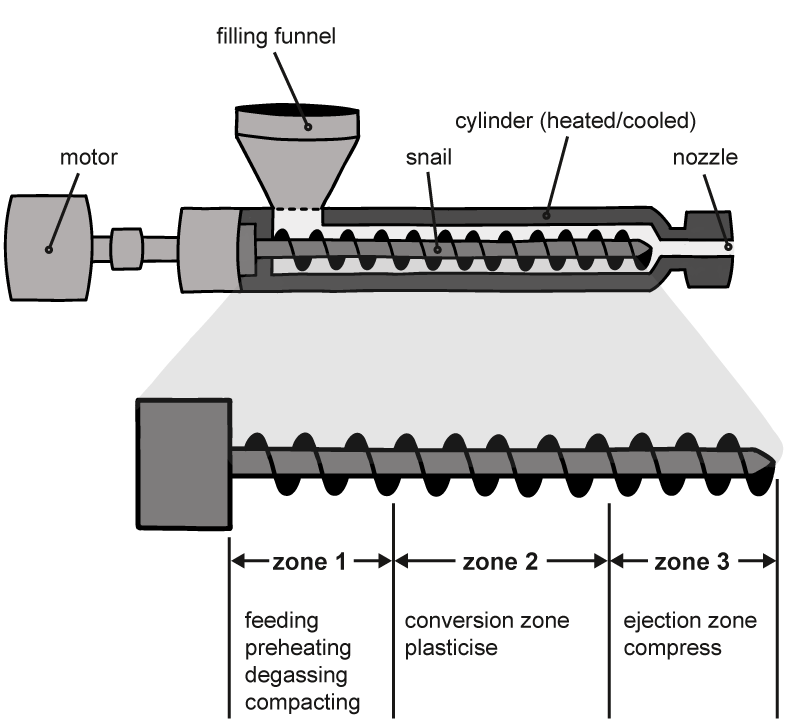 Boiling, simmering, steaming, grilling, frying and roasting are all familiar. But there are also lesser-known methods of preparing foods that almost everyone has eaten or eats regularly. These include breakfast cereals, such as those sold as loops, balls, pillows and flakes by Kellogg's and Nestlé. These are produced through extrusion, a production process introduced for pasta in the 1930s. 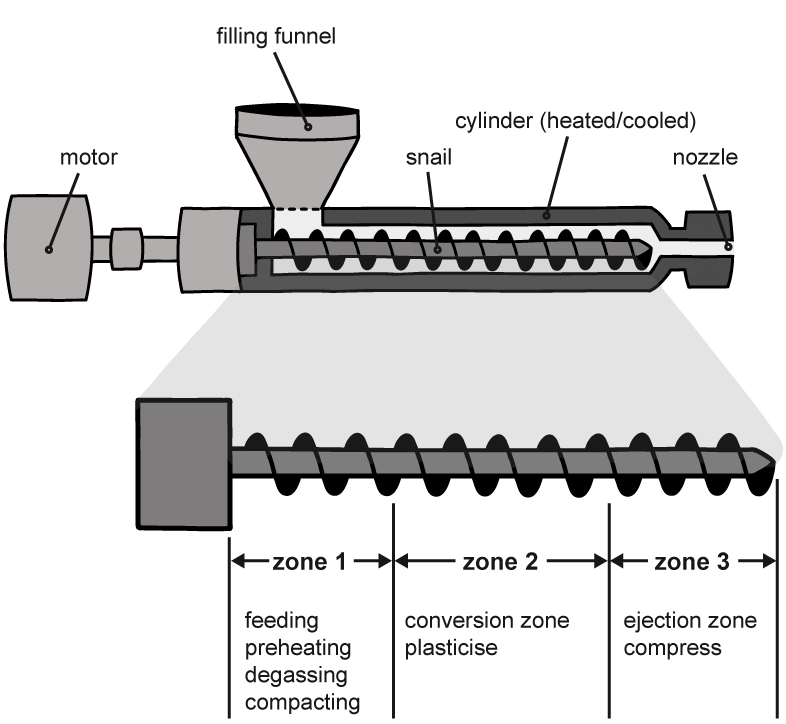 Illustration of the function of an extruder 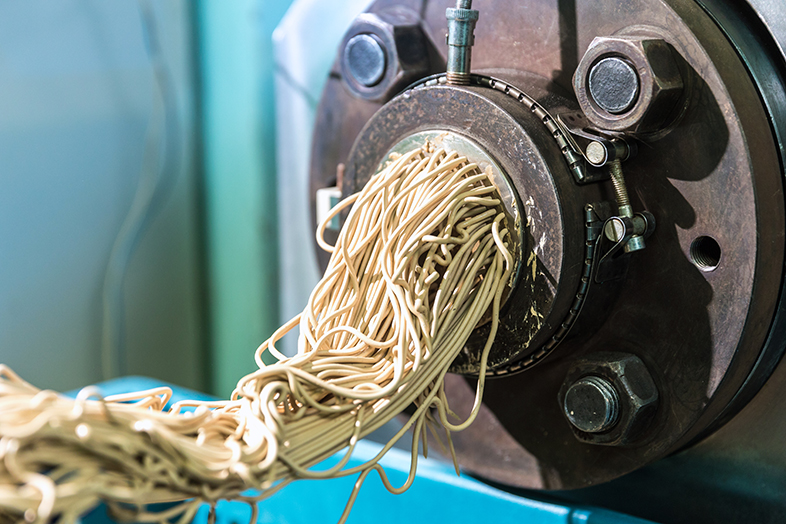 This is roughly what cornflakes and dog food look like when they come out of the extruder.

If meat is one of the ingredients, then it is predominantly meat meal. This can be deduced from the final report of a federally funded development, according to which fresh meat can only account for about a quarter of all ingredients put into the extruder (there are technical reasons for this). Accordingly, extruded dry food with a high meat content is only produced with a maximum of 25% fresh meat.

Why is this important? Well, meat meal is obviously inferior to fresh meat, because it is itself produced by heat and pressure. In the process, many nutrients are already lost, especially those contained in the natural juice of the meat. The natural fat content is also withdrawn from the meat. In a nutshell, any repeated heating of a food product reduces its quality.

This is how meat meal is produced!
Fresh meat is sterilized in a pressure vessel at a temperature of at least 133°C and a pressure of 3 bar for at least 20 minutes. The meat is then placed in a vacuum dryer where the meat juices are extracted at a temperature of 100 to 125°C. The meat is then dried in a press at a pressure of 3 bar for at least 20 minutes. After the vacuum dryer, the dried raw mass is put into a press where the natural fat is extracted at about 200 bar.

Now there are modern preparation methods such as Fleischsaftgarung, a process in which fresh meat is cooked in its own meat juice at low temperature until it becomes dry food. This is, of course, unfavourable for all suppliers of dry food who continue to extrude their food. Some of these suppliers have therefore come up with a trick to remain competitive. They count the production of meat meal as part of the extrusion process, as a preparatory step, so to speak.

The reasoning for this is as follows: If the manufacturing process starts with fresh meat, then extruded dog food can be advertised as having a high fresh meat content. This is a label swindle, in my opinion, because the fresh meat must first be processed into meat meal, otherwise the extruder will not work.

Extruded dry foods given in liquid behave like breakfast cereals: they swell up after some time. If swelling occurs in the dog's stomach, it expands to form a food belly. According to various studies, swelling dry food can cause gastric torsion in dogs, which is often fatal. This affects larger dogs in particular. 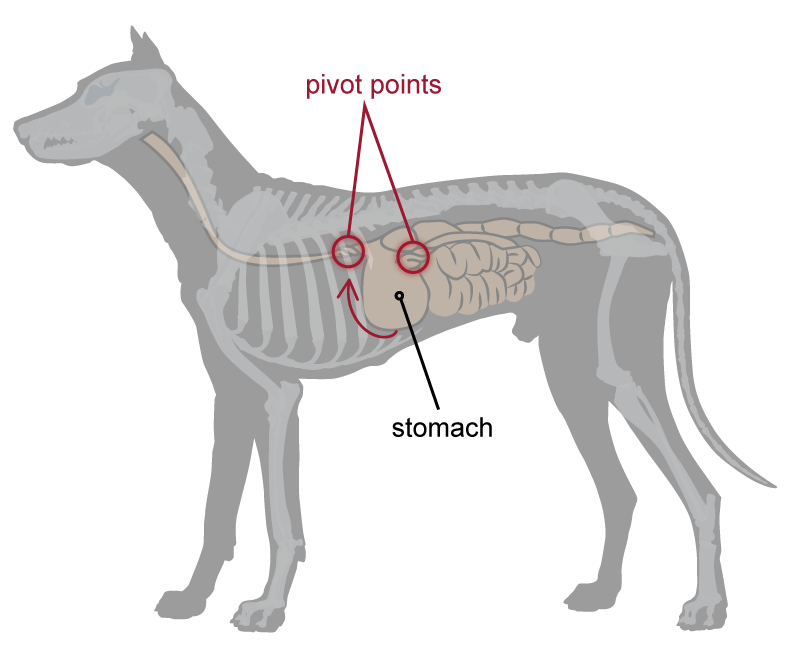 To date, there is only one reliable preparation method that does not swell dry food, and that is called Fleischsaftgarung. Production methods such as baking or pelleting (cold-pressing) are no guarantee that dog foods made this way will not swell. Swelling tests have shown that some brands of baked and pelleted (cold-pressed) dog foods swell up.

To prevent gastric distention, some dog owners soak dry dog food in water before giving it to their dog. Soaking dry food creates a mush that no longer has anything in common with a carnivore's natural diet.

Today, most dry dog foods are still made like breakfast cereals. This production process is called extrusion and was introduced for pasta in the 1930s.

One of the most important foods for dogs is undoubtedly meat. High meat content in extruded dog food can be achieved only by meat meal, which is much inferior to fresh meat. Before extruded dry dog food is produced by heat and pressure, the meat meal used for it is itself produced by heat and pressure. This process removes important nutrients from the meat, most of which are found in the meat juice. A well-known process in which fresh meat is cooked directly into dry food in its own meat juice is called Fleischsaftgarung.

In competition with Fleischsaftgarung, some manufacturers have found a trick to be able to advertise extruded dog food with an apparently high fresh meat content. They count the production of meat meal as extrusion. I believe that this is a label swindle, because fresh meat can make up only about a quarter of all ingredients put into the extruder for technical reasons.

Extruded dry food swells in the dog's stomach, and this can lead to gastric distention, which is often fatal. Fleischsaftgarung is the only reliable preparation method that keeps dry dog food from swelling.